William and I weren’t away for very long, but it was a nice little trip. I was able to photograph quite a few places and different things. St. Helens is one of my favorite little towns to visit, it sits right on the Colombia River. We lucked out, it’s usually very windy on the river, but it wasn’t that windy at all, It was freezing though! HAHA! We spent the first couple of hours there and while eating lunch it snowed a little bit lol!

This beautiful City Hall building was in a Disney channel movie called, Halloween Town and there was a little glimpse of it in the first Twilight movie.St. Helens has had a few movies shot there and it was excited walking around, but on the day we were there almost everything was closed! So we weren’t there long, and because it was so cold I didn’t get as many pictures as I had hoped.

The City Hall is my favorite building to see while I’m there.

My name's Amanda Salinas, what started as a hobby has become so much more than that. Being a new photographer, any advise would be amazing. Thank you for stopping by and seeing my work!

“Over hill, over dale,

Over park, over pale,

I do wander everywhere.” 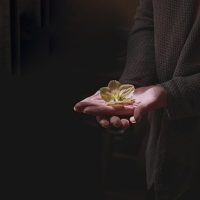 A Touch of the Divine

Searching for the Extra in the ordinary . . . ~photography by Michelle

A picture a day to keep the frowns at bay!

Art is the soul of imagination.

Life is a journey where choices are made every moment

Everything taken, and edited, only with a Smart Phone

That photo, that click, that moment, will be a memory but worth remembering. Thanks for dropping by. :)

Life. And how the Lord is guiding my journey with my ebook, Art, Writing, and Formatting. Thanks for checking it out!

The view from my lens

The Whole Armour Of God

Be strong in the Lord and in the strength of his might. Ephesians 6:10

where are you going, where have you been?

With camera in hand, exploring European lands, cultures, food, and drink...mostly with a plan, but sometimes enjoying the adventure of just getting lost.

the photographic journey of andrea danani

Disclaimer: I have no idea what I'm talking about.

All about love, travel, food and life!!!

The life and photography of Mr Bunny Chow

the adventures of a full time father and photographer

Let me show you the world through my eyes...

"when i have camera in my hand,i know no fear"- alfred eisenstaedt

sing.fly.love.
THROUGH THE HEALING LENS

A personal blog which showcases interesting stories about the author's musings, insights, passion, experiences, thoughts, and anything life has to offer.

Where I mark my Existence in Photography